Three nights ago, on Epiphany proper, this was the scene in our driveway: 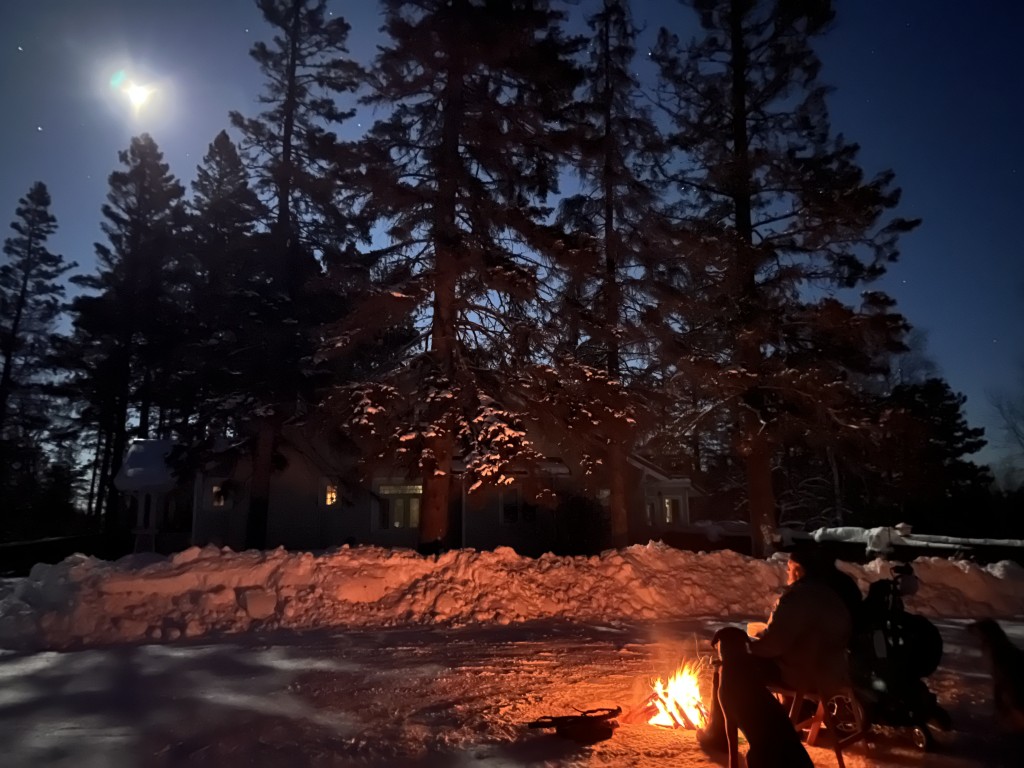 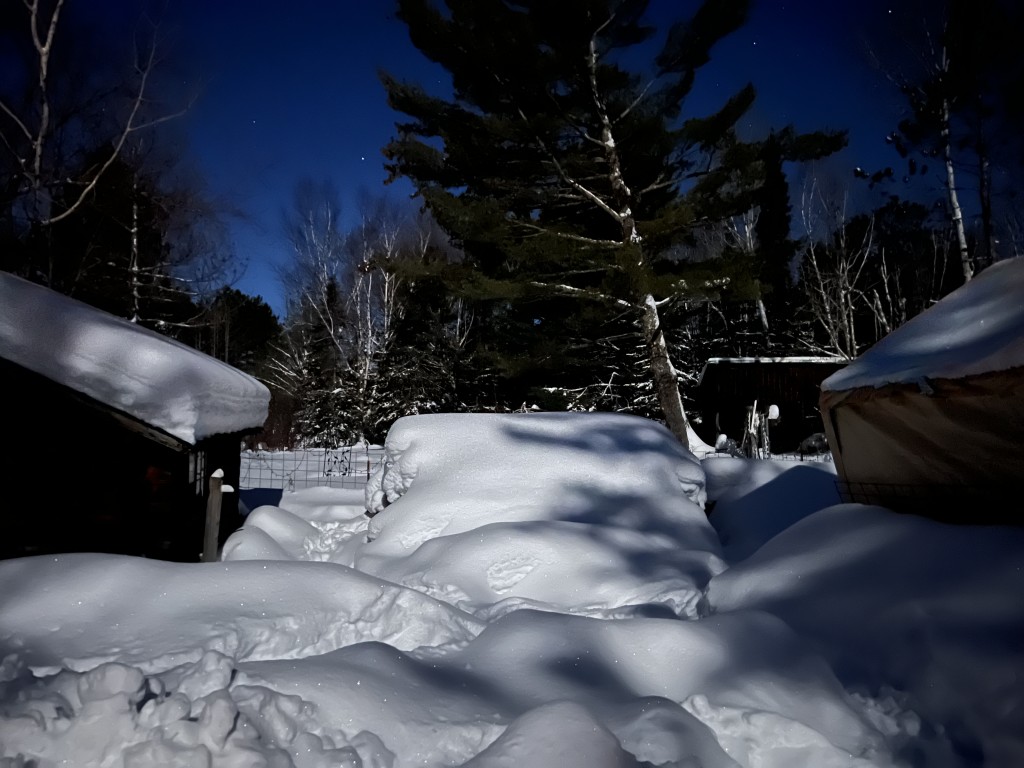 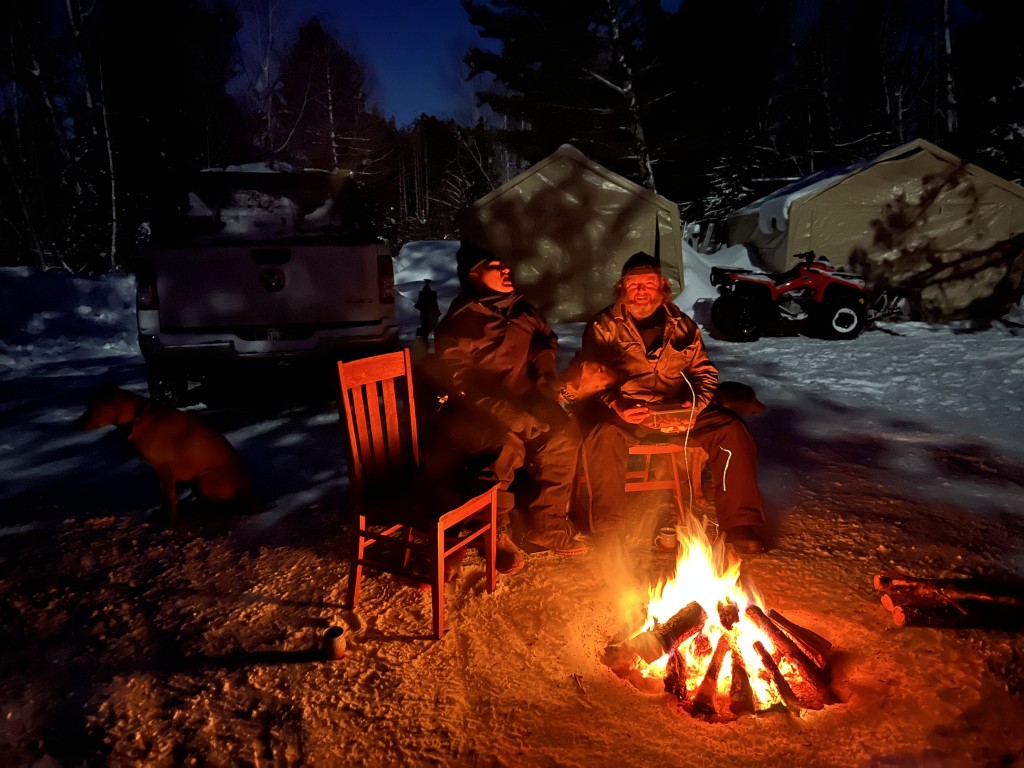 On a cloudless, windless, silent, and admittedly nippy night, my husband David, son Karl, and I pulled on extra warmies, built a perfect fire, and settled in for our supper and steaming beverages: cocoa and warmed bourbon, depending.

Like the Magi of old, the outside pull was astrological: that magnificent full moon.

You can see how ridiculously bright its light was, not just in the sky but cast on the snow and our very functional-if-super-ugly winter car ports.

“Magical” and “Magi” are word siblings.

They both come from the Greek root “magos,” plural “magoi,” which is related to the Old Persian word “magush,” which appears to be related to the Persian/Indo-European (PIE) root “-magh-” which means “to be able,” or “to have power.”

We don’t know much about the “magoi” whom Matthew references, namely those Magi whom he tells us appeared with gifts of frankincense, gold, and myrrh: for example, we have no idea how many there were, nor do we know their names—that there were three (or twelve, depending on the tradition) and that they were named Gaspar, Melchior, and Balthasar (or variations on the theme, depending on the tradition) is lore, not biblical.

But we do know that they were called Magi.

Magi were astrologers, sorcerers, and, quite possibly, magicians.

Among other skills and gifts, they believed—and it was believed—that they were able to, that they had power to, read signs from the heavens.

Hence, having observed not just any star, but Jesus’ star, namely the star of “the child who has been born king of the Jews,” the Magi: followed it; asked Herod for directions to find the newborn King of the Jews; made off for Bethlehem; found Jesus just as the star and, via Herod, tradition foretold; knelt before Jesus to honor him; realized that Herod’s hospitality was not driven by as pure of a heart as he wanted them to believe; and so went home by another way.

Disappearing Magi was perhaps the holiest magic act ever.

It’s the liturgical time of year when we expect illuminations, discoveries of the divine in places unexpected, fires of the holy that brighten the dimmest days.

But it’s also the time of year when we can see that all Christians are magi-cians, namely bearers of God’s magic.

It’s awfully easy to spiritualize the story of the Magi, to relegate their presence in the Christmas story to an anachronistic appearance in Nativity scenes.

But in fact, what they did—follow (in this case, quite actually) their convictions; leave their familiar surroundings; enter unexperienced places; defy and subvert powers of intimidation and threat; and return home with integrity intact, even if “by another way,”—is a day in the life for those who follow Jesus.

It’s no coincidence that we inaugurate the season of Epiphany with Jesus’ baptism, and we can’t go very far in thinking about Jesus’ baptism without thinking of our own.

We are, indeed, called and baptized to make like the Magi.

It’s all right there in the promises we make when someone is brought forth for baptism:

“As you bring your child/ren to receive the gift of baptism, you are entrusted with responsibilities:
To live with them among God’s faithful people,
to bring them to the word of God and the holy supper,
teach them the Lord’s Prayer, the Creed, and the Ten Commandments,
place in their hands the holy scriptures,
and nurture them in faith and prayer,
so that they may learn to trust God,
proclaim Christ through word and deed,
care for others and the world God made,
and work for justice and peace.” (ELW, Service of Holy Baptism, p. 228)

It’s the “so that” that gets me every time.

Baptism becomes living as the baptized.

Baptism isn’t some holy magic, like a little dab’ll do ya’, or some celestial fire insurance that magically protects us from either earthly trial or God’s wrath.

But, at least in the sense of its root word, it is actually magical.

It does make us able to do the work of God, certain that God’s love has claimed us, and that we are claimed by the communion of the baptized saints.

Plus, for those among us who love a little adventure in our religious life, and some righteous renegade action, and feel a particular stirring to holy subversiveness, it’s basically permission to do all of that, too, and with God’s blessing to boot.

In other words, like the moonlight shining as sunlight on the snow, like the fire blasting color in the night, like the sharp heat in the bitter cold, like the Magi—gentiles who were among the first to honor and protect Jesus—we also can live in contrast to the unexpected, and be messengers of the unexpected, too.

We are fundamentally epiphanic and magical; baptized people able to change the world.

We don’t need to read the heavens.

Reading Scripture while simultaneously reading the immediate context is helpful though.

Although, I highly recommend hot cocoa or warmed bourbon.