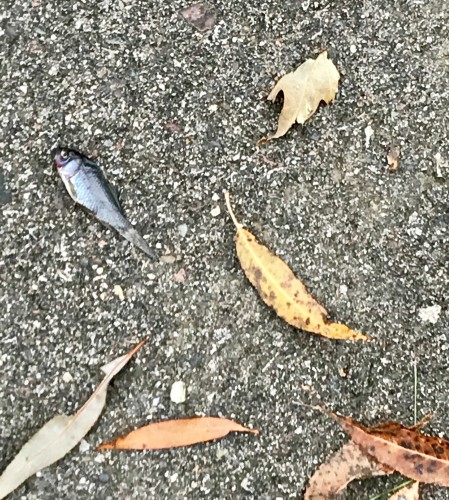 Take a good look at that picture.

Now take another look, just to make sure that you don’t miss it.

One of these things is not like the other.

The term comes with a history that is itself serendipitous!

Turns out that, in a 1754 letter to his friend Horace Mann, a man named Horace Walpole coined ‘serendipity’ to describe “an unexpected discovery” he had made.

To describe less the object of discovery—a painting—and more the unintentional act of discovery, he whipped the word up all by himself.

He wrote to Mann:

The discovery, indeed, is almost of that kind which I call Serendipity, a very expressive word, which, as I have nothing better to tell you, I shall have to explain to you: you will understand it better by the derivation than by the definition.  I once read a silly fairy tale, called the three Princes of Serendip: as their Highnesses travelled, they were always making discoveries, by accidents and sagacity, of things which they were not in quest of….

Turns out that the word “Serendip” is a former name for Sri Lanka, the island formerly known as Ceylon.  The princes, then, were from Serendip, but didn’t stay put.  They wandered about, and happened on all sorts of Unexpecteds along the way.

Seems as if Mr. Walpole misunderstood this story of the Princes: rather than discoverers, they were really more like inadvertent sleuths, sort of a version of Sherlock Holmes.  They stumbled on a mystery, found clues, pieced them together, and figured out a puzzle.

It’s wonderfully ironic that the very coining of the word ‘serendipity’ is itself serendipitous.

It is an entire accident, but reveals great, if even unintentional, wisdom.

Even Walpole, I am sure, could not have predicted that his word would not only have lasted into the 21st century, but would have real traction.

See, serendipity is not about luck.

It’s not about coincidence.

You know the best way I’ve found to get at it? Wikipedia. “The chance is an event, serendipity a capacity.”

When something happens serendipitously, it’s not just a fluke: it occurs because someone is willing to be open to whimsy/surprise/the impossible. That person, intentionally or not, couples that event or occurrence with a dose of wisdom, and voilà! Serendipity!

So, with that, back to that photo.

Last weekend, two friends of mine—they arrived as acquaintances, really, and I think I can be so bold as to say that they left as friends—stayed at my Spent Dandelion Theological Retreat Center.

Liz and Barb were two years ahead of me in High School; I knew them both by way of band.

Liz’s dad was the band director.

The poor man: when I moved to the Cities before 10th grade, I signed right up for marching band.  Trouble was, I played French Horn (badly, as my son Karl will be happy to tell you), and they already had too many hornists on the field, but boy did they need cymbal players.

So I got roped into playing with the percussionists, but…I so don’t have rhythm.

Mr. French didn’t know that when he handed me those loud discs, but he sure did by the third time that we played the National Anthem, and no way no how never did I get the cymbal clash right. “Just watch ME, Anna!” he cried.  “I’ll look at you and nod when you should strike! Don’t clang them until you see me look at you!”

But I always was convinced he’d forgotten me, and so I’d clang away anyway, always a beat ahead of where I should have.

So I was a bit anxious about letting her in, because the growls and sheer looks of terrible disdain her father shot me from the podium as he swung his baton are seared into my very soul, and I was sure that if he’d found out that she was coming up here, even though she’s now a full-grown adult, he’d not have allowed her.

HowEVER, it turns out that she had never heard of my cymbal-bashing misfires, and when she called her dad from here to ask him whether he remembered me and the cymbals, he seemed to recall (have repressed?) me, but not to the point of making him lo-these-many-years-later hit his head on the nearest wall several times when he heard my name again, like I’m sure he did in the band room after every single marching band performance back in ‘84-‘85.

ANYway, both nights that the two of them were here, Liz and Barb came over to the home, and we caught up.

At one (serendipitous?) moment, Liz got to telling about how she went on walks (she, like the Princes of Serendip, doesn’t like to stay put) with her dog, whom she loves, but who is perhaps not the ideal dog-walking dog, because the pup gets easily distracted, and feels no particular compunction to Poop with Efficiency.

It annoyed her, but then she decided to take a different internal approach.

What would happen, she thought, if rather than getting exasperated by his interminable sniffing and depositing, she took the unwanted stand-there-and-tap-my-foot moments and instead just observed with them.

”Now,” she said, “I see all sorts of things I never would have noticed before.  I’ve even started to take pictures of the smaller things, the details of the path, the unexpecteds that I find along the trail. Like this one! Get this!” and she pulled out her phone, swiped a few pictures back, and pulled up the photo at the top of the page.

A fish, a fish that, for a moment and for all the world, looks just like one of those leaves, but…alas, is not.

It’s a fish on a walking path.

What is the story behind this fish?

Did it get dropped there from some bird of prey?

Did it somehow slip out of a plastic bag filled with water, as it made its way to some home, held by a child eager to slide it into a living-room aquarium or fishbowl on the dresser?

Did it think it was making its way to freedom, somehow wriggling out of some fisher’s bait jug only to…well, you can see above.

Conversely, maybe it was making like an ancient over-achieving fish, trying to evolve at hyper-speed, thinking that by the time it had reached the walking path from the lake it would have sprung legs and lungs.

But here’s what I do know: she wouldn’t have taken this extraordinary picture, discovering something quite extraordinary, if she hadn’t been wisely open to the possibility that maybe there was something worth seeing while she waited for her hound to poop.

I love what she’s done here in this photo (you can see more of her work on Instagram at ilovewhipps): she’s stewarded a moment, transforming it from one of irritation to one of wonder, and even beauty.

To boot, the chick does this by habit.  To look back to that definition above, she’s cultivated a capacity for observation and for delight in the unexpected.

Liz has intentionally opened herself to the notion that slowing down to savor a moment not only reduces the frustration in her day, but actually increases her appreciation of the day.

Whatever Liz was looking for on that walk, it was not a full fish on her path, splayed out on the trail arraying it just like one of the colorful leaves along the way.

That was the accident.

But Liz had—and has—the wisdom (the sagacity—and the capacity!) to be open to the possibility that something might be there, and only by being mindful and alert could she catch it.

There’s a lot to fuss with there, theologically.

Process theology might like this picture, because Liz’s mindset encourages us to be open to God’s unanticipated ‘lures…’ which, given the fishie’s fate above, is an unfortunate terminological coincidence, I acknowledge.

And while I have process leanings, to be sure, I think that regardless, Liz’s “capacity for serendipity” invites us to be open to new flashes of God’s (unexpected) presence in every (unexpected) moment.

I think she teaches us to recognize the presence of the sacred, and even the quirkily sacred, in the small things.

Liz reminds us to pause, to suspend and/or transform unnecessary impatience into something that can be even woven into beauty, one that makes the world a better place—just like this simple yet strange photo has done.

And it might be that while we are intentionally looking for one thing, or one anticipated answer, we stumble on a realization that something entirely different is true, or possible.

That is, you can’t be open to serendipity—and to deep truths—if you aren’t humble, and aren’t broad-minded, and aren’t prone to wonder.

All of these lessons, of course, are taken at the expense of the fish.

And so blessings on the fish.

Lucky for it, Jesus has a thing for fish, and so I imagine it will be well-cared for in the land to come.

But in its inexplicable, odd, non-sensical demise, it’s left us with a delightful mystery, and a sage reminder, and a very, very fine photograph.