Now -Is- The Time

This past Sunday, our congregation of Gloria Dei Lutheran Church sang Marty Haugen’s “Gather Us In,” (ELW 532) straight away at the start of the service.

All not of God.

So my family and I, we were gathered to worship, just like our opening hymn sings us into doing, and we belted out this lilting hymn, this gorgeous hymn, this hymn where fused music and lyrics move my emotions up into my eyes where they well and spill over, every single time.

And then, in the very last verse, these words come from our lips: “Not in the dark of buildings confining, not in some heaven, light years way—here in this place the new light is shining, now is the kingdom, and now is the day.”

Without even looking at each other, my father (with daughter Else sitting between us) and I thought exactly the same thing: the Gospel writer John would have some things to say, now, on this day, about this gun violence and the culture of gun violence in the USA.

After a(nother) shooting, one inevitably hears “thoughts and prayers,” which has become a phrase packed with red-herringesque distraction and dissipated meaning, given that these thoughts and prayers, left there, attempting to portray concern, do nothing to stave off further massacres.

So we hear this obligatory “thoughts and prayers” from leaders and voices typically on the Right, followed by a “Now is not the time for calls to tighten gun laws” chaser.

But, dammit, Doch to that.

Actually, it’s impossibly past the time when we should have done more than think and pray.

So think and pray, sure, but then act and vote accordingly.

You see, the ‘now’ matters.

The ‘now’ sure mattered to every single person the moment that a bullet found their way into their innocent bodies.

That moment was a ‘now’ that neither they nor their loved ones will ever get back.

It turns out that my father did his entire dissertation on two words found often in the gospel of John: ‘nun’ (νῦν) and ‘arti’ (ἄρτι). Both mean ‘now,’ though ‘arti’ is now-with-emphasis, as in “in this very moment and from this moment forward.”

It’s ‘now’ with an attitude.

Might seem to be a bit of an odd fixation of my father’s, and John’s, for that matter, but it turns out that the word ‘now,’ both in its ‘nun’ and ‘arti’ form, matter.

But you might miss the import of the Now if you miss that John based his understanding of its significance on his grasp of God as revealed in the past, on the revealed actions of Jesus right there before the very eyes of his disciples (and, now, of ours), on hope, and on the future as grasped (now) by the flagrantly alive, risen Jesus.

“…the NUN/ARTI of discipleship [namely of those who follow Jesus] emphasizes the appropriation of life. The NUN/ARTI of the follower lives in the promise of Jesus’ understanding, believing, knowing, seeing, clarity, peace, and good cheer.  It then emerges that hope (ἐλπίς), though not specifically a Johannine category…is an important dimension of the ‘now’ of discipleship, and this hope would surely involve Jesus’ ‘coming.’”

Upshot: John believes that discipleship means something now, and the ‘something’ that it means now is culled from a promise grounded in the future as understood by a God who did not stay dead, and therefore announces that death, grief, and despair are not of the divine agenda.

As my father reads John (making special reference not least of all to John 2 and the wedding of Cana), Jesus is bent on teaching his followers that “to live in the hope, the promise, the knowledge of God’s continual work among disciples of Jesus is to participate as a follower in good wine kept even until now [“Everyone serves the good wine first, and then the inferior wine after the guests have become drunk. But you have kept the good wine until now.”].

We live now as if Jesus is here now, because he is!

If we call ourselves disciples, followers, of Jesus, that’s whom we follow.

Not some nationalistic, racist, white supremacist nonsense fanned and fostered by Donald Trump and condoned by the mass silence and rationalized support of wide swaths of the GOP.

We follow Jesus, who happens not to have been—to be—the kind of guy all fired up about the freedom of people to carry around assault weapons, to be able to buy guns easier than they can buy booze—bad or good booze, doesn’t even matter (to hearken back to John 2)–and to be all about blaming immigrants, video games, homosexuality, transgendered people, and bad parenting instead of a culture of violence and access to guns that is unique to the USA (links to such rhetoric and contra-stats-and-info below).

In fact, Jesus’ ‘now,’ as seen first in this miracle of turning the water into wine, and joyful, good wine at that, marks the beginning of his public ministry.

After this event, my father muses, “Now is the time, it would seem, for more of such things, and interestingly enough, the opening of Jesus’ public ministry follows immediately upon the Cana incident (2:13).   After the ARTI of the new wine, there is a difference to be seen.  Decisive action follows, as Jesus cleanses the Temple.”

You see the miracle of God, you act decisively, you engage in public ministry.

See, in point of fact, in the name of Jesus, now is the time for decisive action.

Now is the time to be public about it.

It’s worth noting that John is into nuanced nows.  He realizes, for example, that ‘now’ to one person can mean something different than ‘now’ to another.

I won’t post the entirety of my father’s dissertation to make that point (though nerds can look it up: The Theological Significance of “NUN/ARTI” in the Fourth Gospel, Princeton Theological Seminary, 1972), but in it, you’d find (for example) that the ‘now’ of Jesus creates moments that, depending on, cause either judgment or healing, condemnation or joy.

Jesus’ actions of restoration, of prophetic speech, of miracle-making, of calls to repentance, they all called up either responses of anger and offense, or gratitude and gladness…depending upon the implications of his words and deeds to those who heard or saw them.

So (for instance) to those objecting to stricter gun legislation, the ‘now is exactly the time’ is all about judgment and condemnation.

They would be right.

We are judging and we are condemning the access to unnecessary weaponry, the worship of violence, the fierce individualism that fosters both brutality and disdain of community, the fidelity toward gun ownership over the ownership of life.

But to those who have had lives viciously taken by gun violence, to those who want to protect more lives from being murdered or clenched by grief in the wake of dead loved ones, to those who are being falsely maligned as the source of the violence, we are hoping to give rise to healing, and we are hopeful for joy that can be found, uneventfully, innocently, and normally, at schools, at bars, at worship, at stores, at bowling alleys, at festivals of GARLIC for God’s sake.

John believed that Jesus stewarded life in the context of death.

John was of the mind that God is a God of life.

Not of a culture of death.

And Christians are called to be ambassadors of life.

Perhaps if you believe that your Christian faith matters mostly, even only, by way of what happens after you die, the Now doesn’t matter.

”They are in a better place”—has a more pain-wielding platitude ever been uttered?

But to those facing a sniper, or to those mourning loved ones killed by the same, the Now matters beyond expression or compare.

Even if true, that those who have died (…been killed…) are in a better place, this point remains:

Jesus announces, Christians believe, that this place could be better!

It could be better.

If we believe more in a risen Lord than in the right to amass and carry guns and assault weapons intended to kill people.

The reality is, you can’t be an ambassador of anything if you just think and pray.

The very word ‘ambassador’ itself precludes that: it stems from roots which meant ‘to drive,’ to ‘draw forth,’ to ‘move around.’

Moreover, the root words of ‘ambassador’ morphed into being (get this) a servant, a vassal, a messenger.

It is not too much to say that there is little to no line from that to being a disciple, a follower.

Conveniently (or not, depending on one’s perspective) we are called to be a disciple, a follower, a messenger, a vassal, a servant, of the one who offers us life—not as the world defines life, namely by way of power, and might, and violence.

Rather, we are called to be disciples by way of “understanding, believing, knowing, seeing, clarity, peace, and good cheer.”

We are called to be ambassadors of resurrection, all the more critical in a nation so dominated by death.

And to that, and for that, we sing, “Give us to drink the wine of compassion, give us to eat the bread that is you; nourish us well, and teach us to fashion, lives that are holy and hearts that are true.” 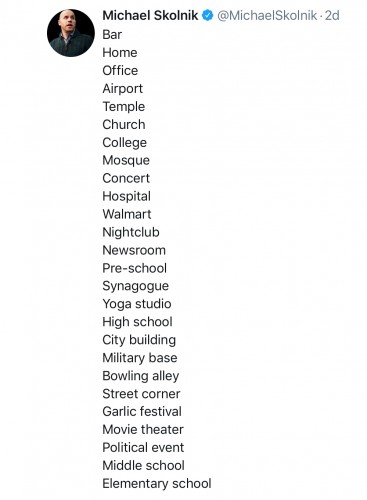 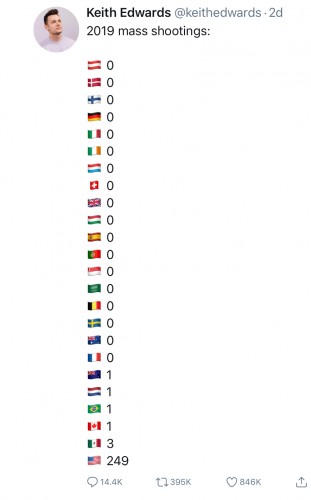 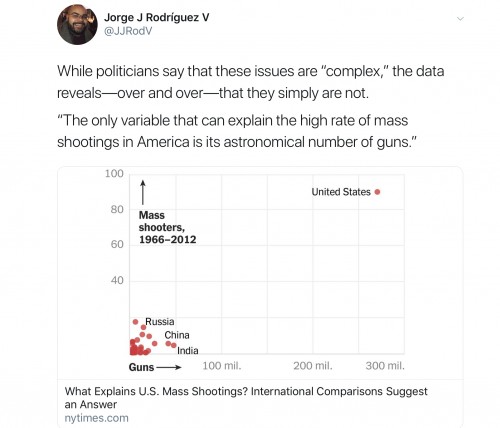 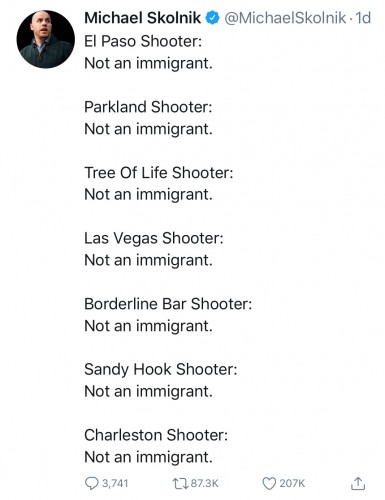 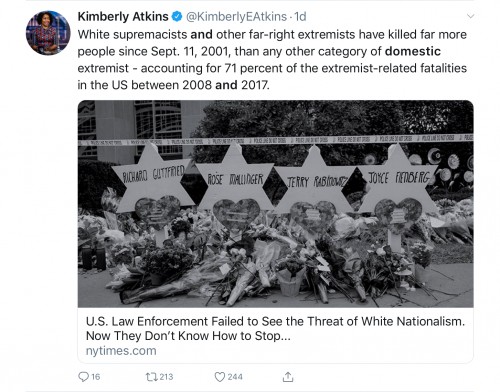 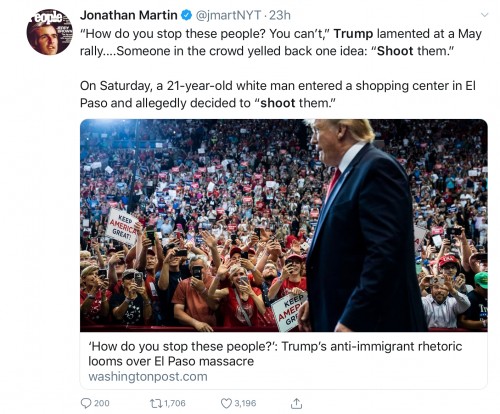 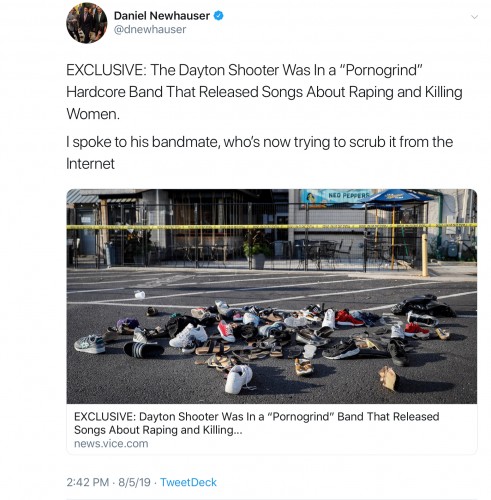 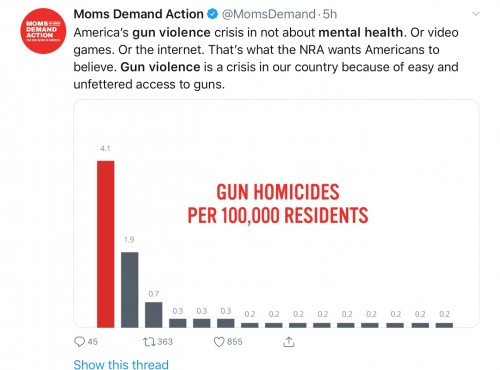 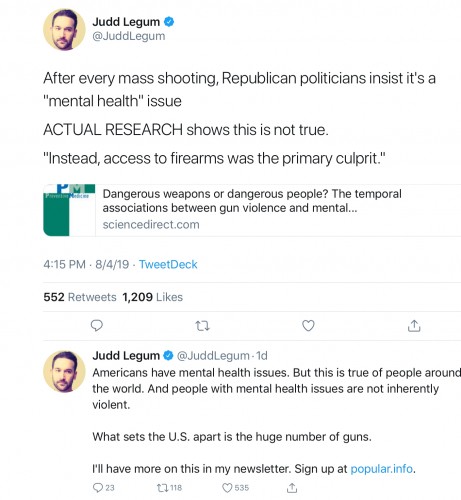 March For Our Lives

The Coalition to Stop Gun Violence

How to Advocate for Gun Control